Getting Back Into It

Wow has it been a while since I have written a blog post here.  Lots of crafting has in deed been going on over in my neck of the woods but having kids in school and moving a thousand times sure makes it hard to blog.  I really thought that once kids started school it made my life so much easier to craft and blog.  I'm not quite sure WHY but they start school and then I seem to be even busier then before.  In the last 4 years my family has moved 3 times which has been really hard.  Packing and unpacking and then packing and unpacking again is super frustrating.  One of the times we moved we went from a 2700 sq ft house down to a 1600 sq ft house.  We had some movers help us which was a nightmare and we will NEVER do again, but every time they would bring a box in and ask, "Where do you want this?" I'd have to say, "Just put that in the garage."  It was so depressing.  We didn't have an extra room for an office or craft space which made it even harder to get crafting done.  Not only does it make crafting and sewing hard, but it also makes cleaning hard.  The year that we lived in the 1600 sq ft house I mostly crochet.  haha  Crocheting doesn't take up nearly as much space as all of the other crafting does.  Then we moved again and we live in an 1800 sq ft house.  Not too much bigger but it had a dinning room AND it was an eat in kitchen.  The dinning room has carpet which is the stupidest thing ever, so it is our CRAFT SPACE!  YEAH!  My daughter is 6, almost 7 now and she loves crafting just as much as her momma.  We just went to a birthday party this weekend and after spending way too much on Christmas presents and then my husband just started a new job and won't get paid for a month, we are broke.  Don't you hate that!?  So, my daughter and I crafter presents for her friend instead of buying toys and I'm glad we did.  I bet our presents last longer then the toys she got any ways.

Here is what we came up with the day before the party and the couple of hours leading up to it. 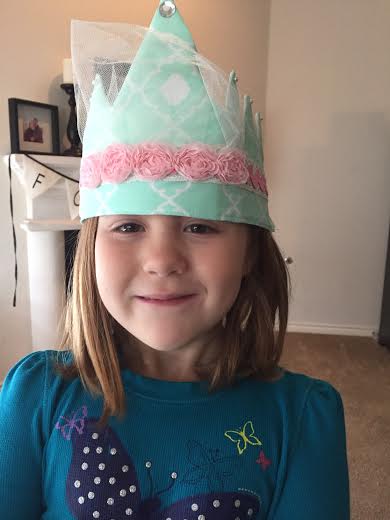 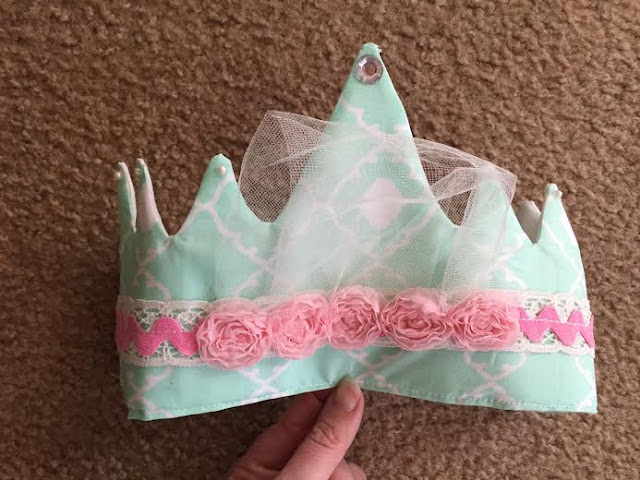 My daughter got a sewing machine from Santa for Christmas and she is dying to sew all of the time now.  So we made the purse together.  She sewed the purse part together and I sewed the straps.  :-)  The purse is reversible which I love.  Then we decided to make her a crown.  I LOVE how it turned out.  In fact, I was thinking about making some and putting them in my easy shop.  We had already bought her this notebook and were going to sew her a cover for it but we ran out of time.  So instead I just cut out the girls name in vinyl and stuck it to it.  My daughter also made her a loom board bracelet and we there in a hair bow that I made a million years ago and never sold.  Score!  So she got 5 things from us that were made with love.  I hope she liked them.  It is really a treat getting to sew and create things with my daughter.  I absolutely love it!  Now if only there were more hours in the day.

Beautiful gifts, Katie! My favorite is the crown. ...probably because of the sweet girl modeling. They're always way better than store bought stuff any day! I'm so glad you're back to Something About Katie!!

Check out my photography blog

Need to get a hold of me? Please feel free to contact me